LOUISIANA’S COLLEGE STUDENT: THEN AND NOW

Two decades into the 21st-century, the profile of the “typical” postsecondary student has fundamentally changed. No longer an intermediate step primarily for 18- to 21-year- olds with limited life and work experience, college campuses attract students from across the demographic spectrum, and with an extraordinarily diverse set of experiences.

In addition to educating more students overall, the state has also increased enrollment and completion of African American students, Pell students, and returning adults. Comparing 2017 to 2001: 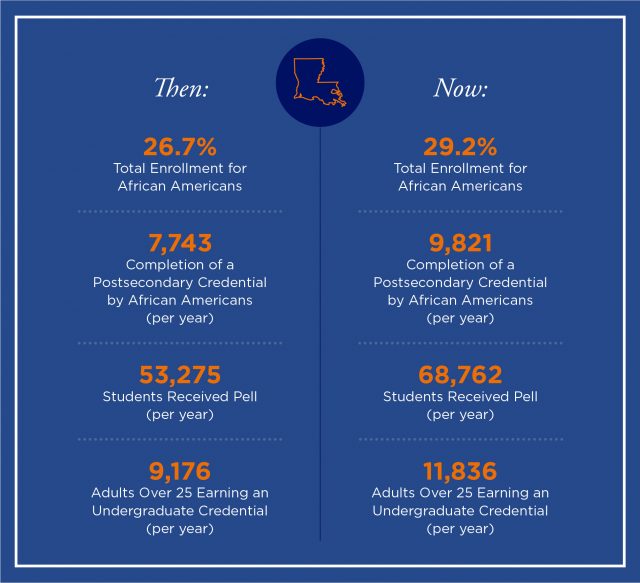